INVEST IN THE NEIGHBORHOOD FRENCH 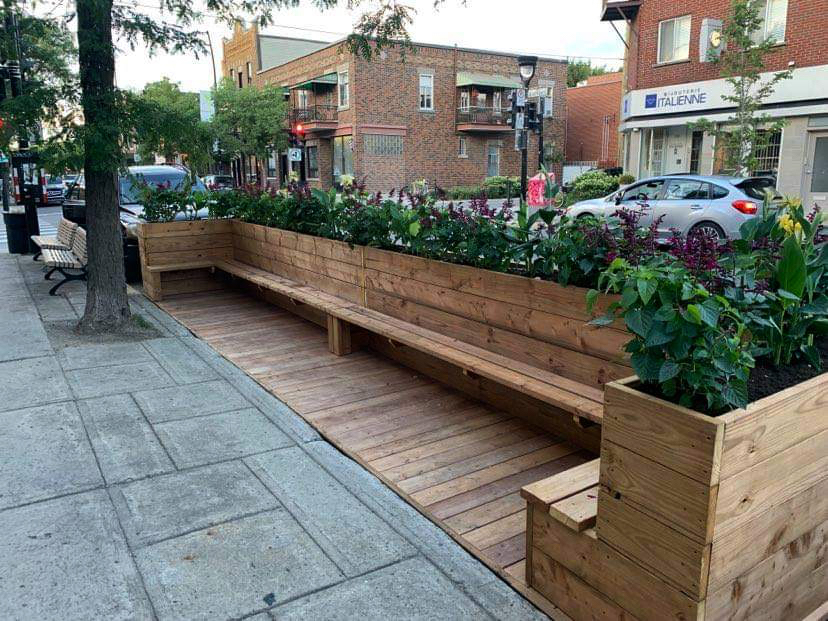 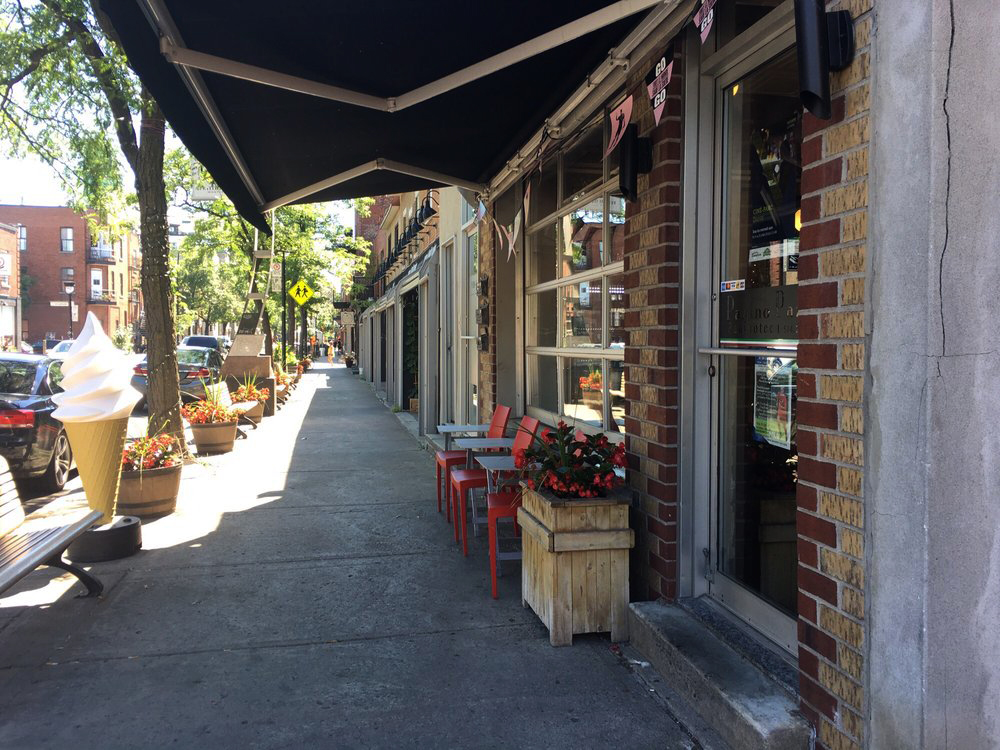 To support the revival of its merchants and restaurateurs during the summer season, the borough of Rosemont–La Petite-Patrie is counting on urban development that will boost the commercial centres of Petite Italie and Plaza Saint-Hubert, in addition to relaxing its regulations in order to promote the operation of 4-season café-terraces throughout its territory.

In order to improve access to these commercial arteries, new signage including signs and markings will be deployed to better direct motorists, as well as pedestrians and cyclists, to Plaza Saint-Hubert, Petite Italie and Jean-Talon Market.

In addition, a user-friendly street on a human scale will be deployed on Saint-Zotique Street, between Saint-Dominique and Christophe-Colomb, in order to connect the commercial centres of Petite Italie and Plaza Saint-Hubert by focusing on an attractive environment, conducive to strolling, catering, rest and cohabitation between all users. This project includes: "We are very pleased to propose for this sector of Saint-Zotique an attractive concept, representative of the district and which meets the expectations of the SDC. Merchants and restaurateurs on Saint-Zotique Street and Plaza Saint-Hubert, as well as their customers, will be able to benefit from an enhancement of public space through user-friendly developments that will highlight the very special atmosphere of this sector, as well as its potential for appropriation by the community," said François William Croteau, Mayor of Rosemont–La Petite-Patrie.

"This is a very dynamic project, in line with jointly developed objectives, which will allow both citizens and merchants to take greater ownership of a space of their own. Thanks to this partnership with the Borough, we are very pleased to have an additional opportunity to promote LE Quartier gourmand de Montréal," said Sam Malo, Interim General Manager of the SDC Petite Italie. "The consultation work that has been done with the borough, the SDC and the merchants on this project makes us confident that it will be a success for both the citizens and the visitors who will come this summer. Thanks to the development of plots, flower bins, bike racks as well as the maintenance of traffic lanes and parking spaces, we are increasing and promoting places of consumption, relaxation, the customer experience and accessibility to the territory that is essential," says Mike Parente, General Manager of the SDC Plaza St-Hubert. 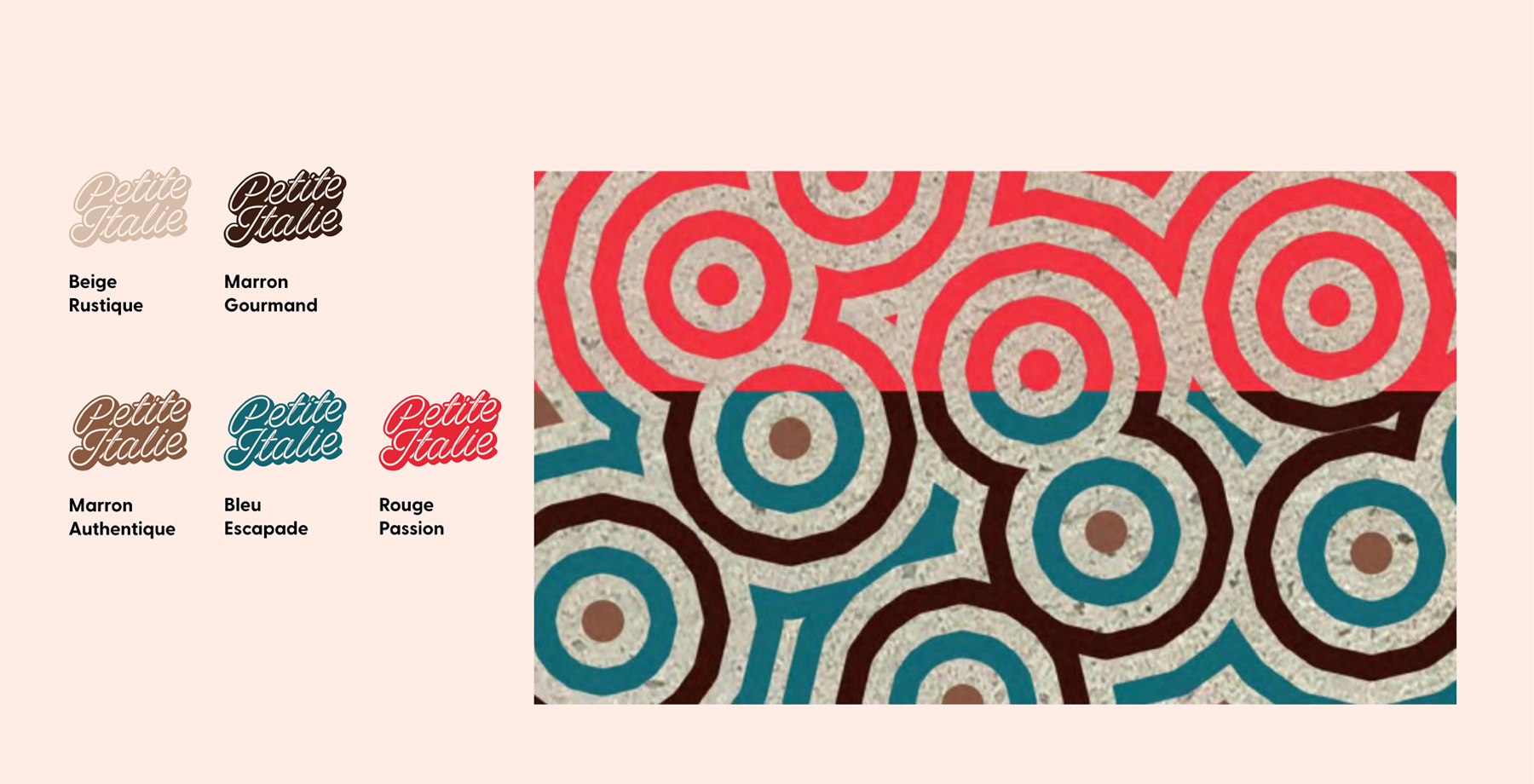 Relaxation of the regulation of side-coffee shops

The borough is also relaxing its by-law on terraces in order to facilitate the 4-season occupation of its public domain, in particular by allowing the operation of café-terraces in winter and by making it possible to cook food outdoors in the fall and winter.

The borough will also offer greater flexibility for the development of backyard café-terraces and "spontaneous" side-terraces on the public domain.
View our blog
SHARE